Our family leadership provides a voice for over 500 family members, bringing continuity, direction, and unity to a seventh generation business.

Debbie has served as Board Chairman at Laird Norton Company since 2012. Prior to being named Board Chair, she served as a director from 1996 to 2007 and beginning in 2011, was elected to a second term.  During her first term, Debbie chaired their Compensation Committee and also served on the company’s Investment, Nominating Committee, and their 2010 Long Range Planning Committee.  Prior to joining the Board, Debbie played the lead role in the implementation of their Children’s Program, affectionately known as “Camp Three Tree.”

Outside of her involvement with the Family company, Debbie serves as a director of a private holding company in Cleveland and a meat processing company in Chicago. Previously, she served on the Board of Family Business Network-North America chapter, a not-for-profit international network that is run by family businesses, for family businesses.  She has been an invited guest and speaker at numerous family business events and conferences.

In 1990, Debbie founded and served as CEO of Pacific Preschools, Inc., a network of high quality, work-site child care programs.  In 1997, she led the sale of the company to Bright Horizons, the premier provider of employer-sponsored child care and, later that same year, participated in their IPO.  For the next twenty years, Debbie served as their Vice President of Regional Development during which time she led site selection and assisted in the development of sixty new child care facilities.

Debbie and her husband live in Kirkland, Washington. They enjoy boating, skiing, kayaking, hiking, and most of all – they cherish their time with their four children and are committed to spoiling their eight grandchildren, all under age seven!

Jill Gardner is a fifth-generation Laird Norton family member who began serving as the Family President in 2021. Jill serves as a director on the board, Chairman of the Family Council Committee, and oversees communications for the 500-member family. She manages the development of family programs, responsible company stewardship, and annual shareholder events. In addition, Jill is current board president of the Medina Foundation and for the past ten years has served in numerous leadership roles on behalf of the Laird Norton Family, including editor of Woodstock, the family newsletter, for the past nine years.

Jill graduated from Pacific Lutheran University in 1989 with an English/Publishing and Printing Arts major. She and her family live in Tacoma, Washington, with their tiny, neurotic dog Chloe. Jill’s favorite hobby is reading, and she loves all sorts of literature with a hobby of collecting and researching antique books. Jill loves to relax by writing, drinking tea, taking long walks with friends, and stand-up paddleboarding. 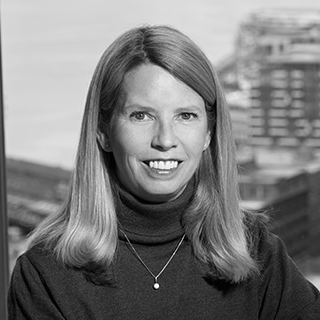